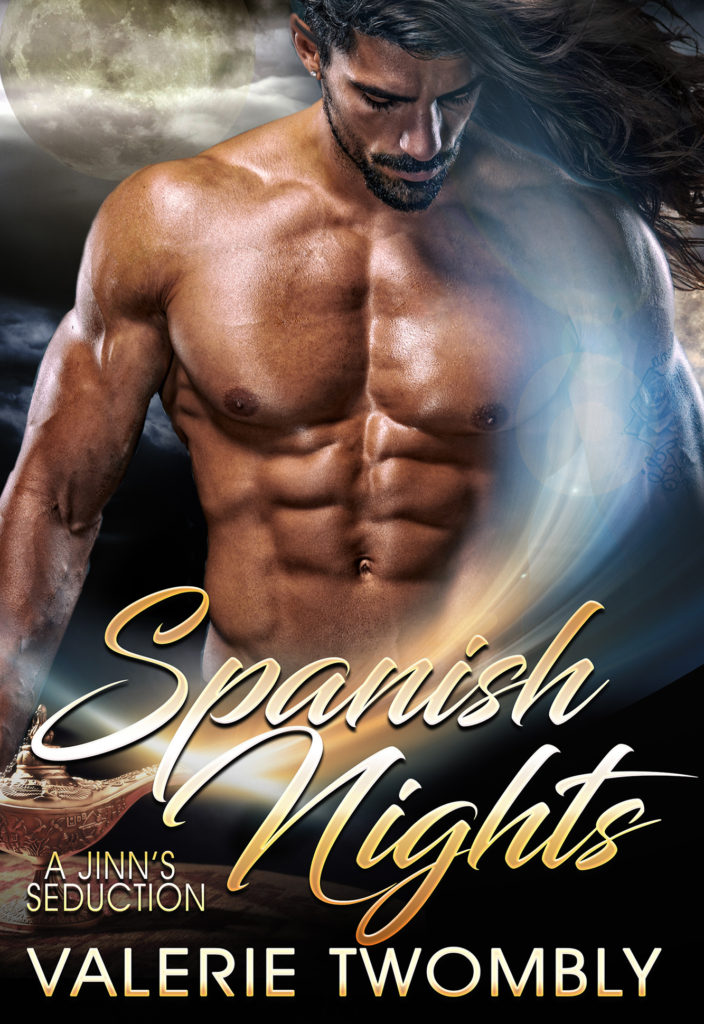 Part of the A Jinn's Seduction series:
Editions:Kindle - First
Pages: 150

A Jinn's Seduction is what every woman would love to experience.....handsome Spanish man, great accent, mind blowing sex and for us dreamers a immortal Jinn. Valerie Twombly really knows how to spice up a great book!

“A fabulous beginning to a great new series. If you love a spellbinding world full of sexy Jinn’s and interesting characters, then you don’t want to miss this magical romantic adventure.”

“The depth and the plot twists and turns just propel you through the book in a few hours, forgetting where you are and what is going on around you. Highly Recommended to any romance fan.”

“This book was steamy, sexy, raw with a side of chocolate dipped cherries on top! I finished reading this book in record time it was so damn juicy!”

on My Crazy Book Addiction:

“It is a great story that leaves you eagerly anticipating the next installment as well as future glimpses of Armand and Kayla.”